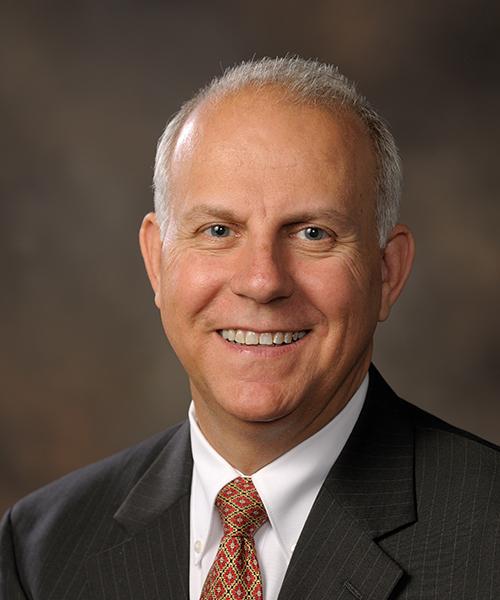 In his current position as executive vice president, Ed Ewald assists with overall strategic planning related to the University Development Program, and serves as staff liaison to the Foundation board development committee and stewardship committee. Ed also maintains a large portfolio of major and principal gift donors/prospects in which he helps structure outright and planned gift arrangements for alumni and friends across the University of Illinois System.

Ed served as campaign director for the University of Illinois’ $2.43 billion Brilliant Futures campaign (2003-2011), and previously directed and managed the Foundation’s departments of gift planning and trust services, annual giving, prospect research, and regional major gift development. He served as interim president/CEO of the Foundation in 2014-15, interim vice chancellor for advancement on the Urbana-Champaign campus in 2012 and in 2016-2017, and interim vice chancellor for advancement on the Chicago campus in 2013.

Ed joined the Foundation in 1992 as a planned giving officer after a 12-year career as an investment advisor and financial planner in Champaign. He received a bachelor’s degree in business administration from Illinois Wesleyan University.