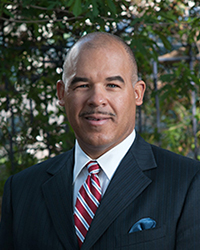 URBANA, IL—James H. Moore Jr., a nationally recognized and award-winning fundraising professional with nearly 25 years of experience in public and private higher education, has been named president and chief executive officer of the University of Illinois Foundation, Board of Directors Chair Roger L. Plummer announced Monday.

Moore looks forward to his new role, stating, “The University of Illinois is unquestionably one of the leading public universities in the nation, with far-reaching impact, a passionate alumni community, and the capacity to improve the human condition.”

“It is an honor to be joining the University of Illinois family,” said Moore. “I am looking forward to supporting President Easter and President-designate Killeen and the three chancellors at a time when private support and an engaged donor community has never been more important.”

“I had the opportunity to spend time with Jim and was very impressed by his experience, his understanding of foundation management, his passion and his record of accomplishment,” Easter said. “I am delighted he is joining us to lead development operations that are now a major priority as we seek to maintain the excellence and student access that is consistent with the legacy of the University of Illinois.”

In his role as UI Foundation president, Moore will serve as the University’s chief development officer and provide strategic oversight and support to a comprehensive fundraising operation that secures, on average, more than $300 million in new gifts and pledges each year; manages, along with the University, a combined endowment of more than $2.0 billion; and includes a staff of more than 450.

“His demonstrated track record of success in leading development programs will serve the University of Illinois well,” noted Plummer. “I truly believe that he will make a real difference and provide vital leadership as we move forward with our strategic fundraising plan—with the single goal of helping secure our University’s position as one of the world’s preeminent institutions of higher learning.”

Under Moore’s leadership, Arizona has successfully launched a $1.5 billion fundraising campaign and has consistently ranked in the top quartile of institutions of higher education in terms of philanthropic support received.

After beginning his career in higher education admissions and financial aid, Moore embarked on a fundraising career that now spans three decades. Prior to his current role at Arizona, Moore served as president and CEO of the University of Northern Colorado Foundation from 2003–2006. He also has held senior-level positions at Iowa State University, the University of Arizona, and Northwest Missouri State University.

Moore is viewed as a national leader in higher education advancement and currently serves on the national Board of Trustees for the Council for the Advancement and Support of Education (CASE), a leading professional organization that serves academic institutions and their development staff. He also is involved with the Association of Governing Boards and the CASE 50 initiative, comprised of universities across the nation with top-performing development programs. Recently, he received the 2015 CASE Commonfund Institutionally Related Foundation Award for his contributions to the foundation field through best practices, distinguished service and volunteer leadership.

“He has a natural leadership presence,” said Alan Feldman, a UI Foundation Board member who chaired the search committee. “He quickly distinguished himself during what ultimately became a very competitive national search process. He’s clearly an industry expert, and we feel he will partner well with our University’s leadership to reach their goals for the academy.”

Moore earned a master’s degree in management systems from Clarkson University and a bachelor’s degree in marketing from Northwest Missouri State. He and his wife, Shelli, have three teenaged children.