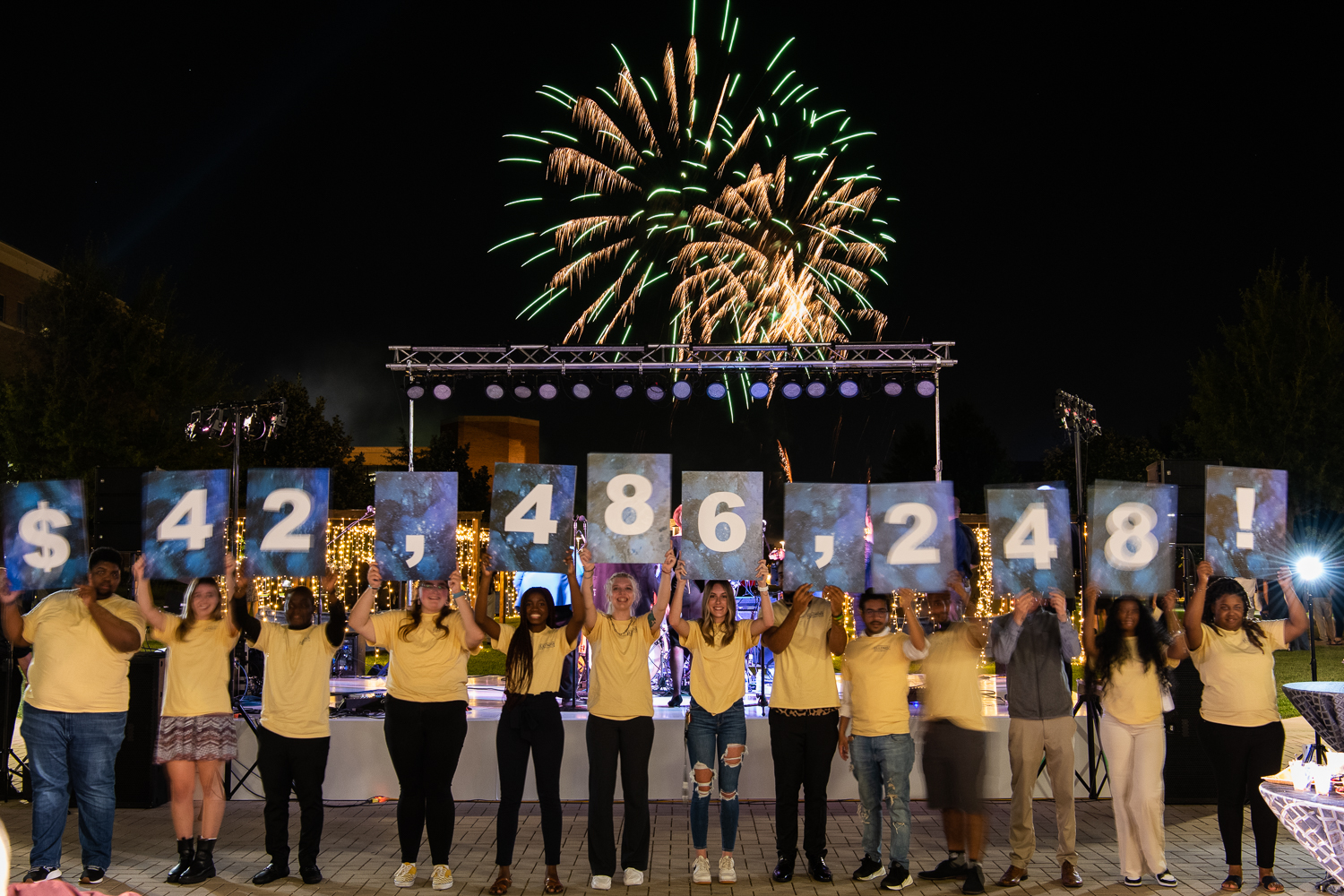 SPRINGFIELD — The most significant fundraising campaign in the history of the Sangamon Valley region has raised millions of dollars to benefit the University of Illinois Springfield.

The Reaching Stellar campaign was the largest fundraising campaign in the 50-plus-year history of UIS, starting in 2014 with a quiet phase before launching publicly in October 2017 and concluding June 30 of this year. The total raised—$42,486,248, or more than 106% percent of the $40 million goal—was announced during a celebratory event held Thursday on the UIS campus attended by alumni, friends and donors of the University

“Our donors know when they invest in UIS, they will receive an excellent return through the lives they change,” said Saul Morse, of counsel at Brown, Hay & Stephens LLC, and director, University of Illinois Foundation Board. Morse co-chaired the Reaching Stellar campaign committee with Hy Bunn, president and CEO of the Bunn-O-Matic Corporation. Morse added: “I can’t thank our many alumni, donors and friends enough for their belief in our students and employees.”

“Our University has been fortunate to have these two amazing leaders throughout the Reaching Stellar campaign,” said Gooch, who started as UIS chancellor in July. “Despite a two-year state budget impasse and a global pandemic, Susan and Karen worked tirelessly to ensure this campaign would be successful. The campaign raised millions more for scholarships so students can further their education and saw the opening of the Student Union in 2018, the first building constructed on campus with significant support from donors and student fees. We owe them so much for their dedication to UIS.”

The campaign had five priority areas—Scholarships, Academic Excellence, the UIS Center for Lincoln Studies, “The Public Good” and Facilities & Technology—and all will continue to benefit from the generosity of donors. More than $8 million has been committed to more than 70 new scholarship funds that have already assisted close to 300 additional students to date.

The Center for Lincoln Studies debuted in February 2021 and is already a national base for scholarship, teaching and public history about Abraham Lincoln’s life, leadership and legacy. And the $13.5 million in gifts given to “The Public Good”—which includes areas like the Illinois Innocence Project, NPR Illinois and the UIS Performing Arts Center— means the excellent service to others that is the cornerstone of UIS’ identity will continue to flourish.

“Reaching Stellar celebrated the excellence UIS has achieved over many years but also positioned it for a brighter future,” said Jim Moore, President/CEO of the University of Illinois Foundation. “This campaign illustrated the importance of philanthropy and the impact of our donor community. Millions of dollars were given by thousands of donors. However, our donors contributed more than financial resources. With every gift they made, they also invested their pride and passion into UIS and in support of our students and faculty.”

“Reaching Stellar had an ambitious goal not only in terms of dollars it sought to raise, but also in the impact achieving that goal would have on the University,” said Jeff Lorber, UIS vice chancellor for advancement and senior vice president for the University of Illinois Foundation. “UIS is stronger thanks to the investment of donors, who see the potential the University has to change lives of students and improve the communities they call home, for the better.”